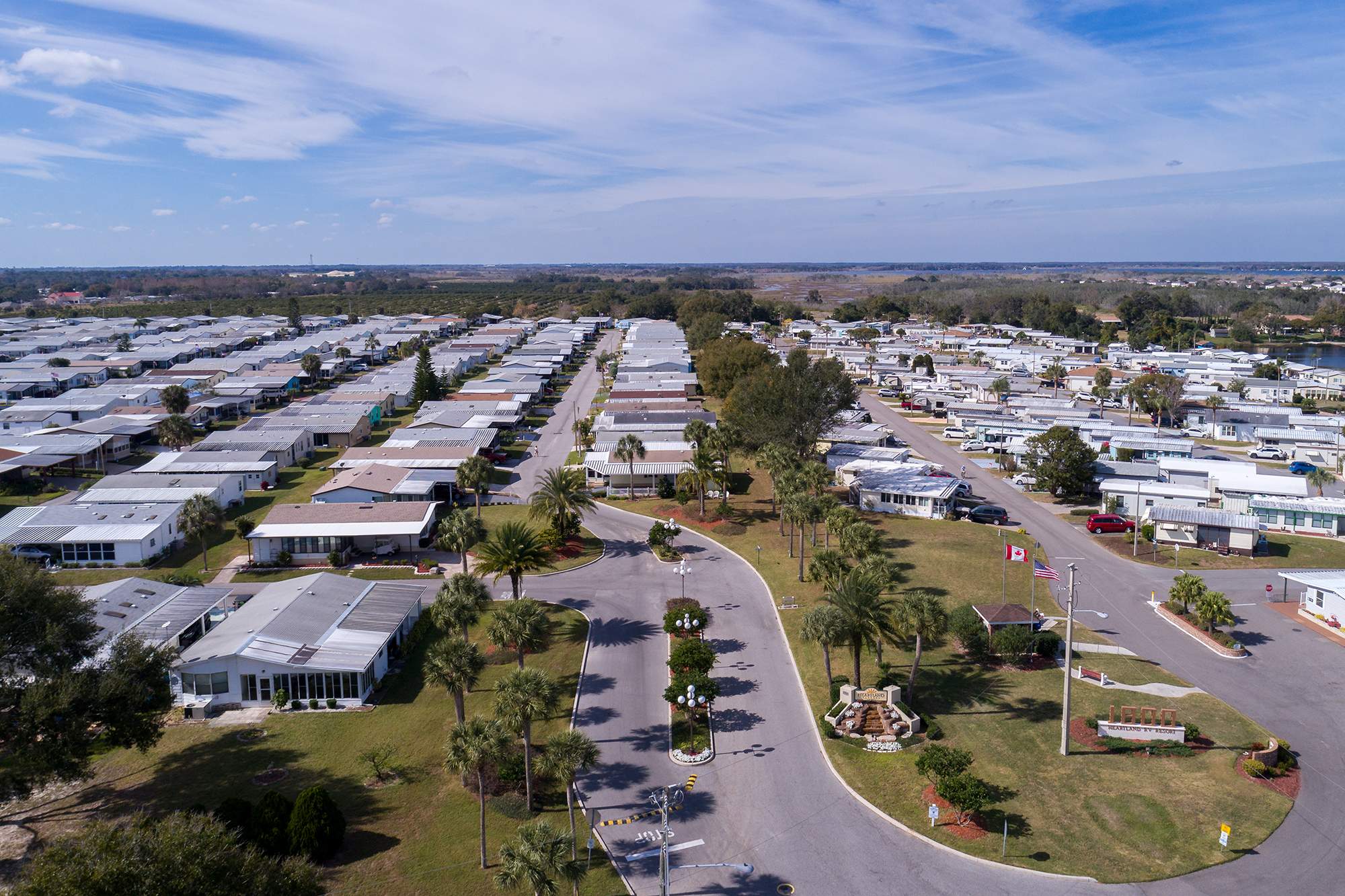 Haines City, approximately seven square miles, is almost in the exact center of Florida, located 157 feet above sea level on the “Ridge” in northeast Polk County. The 2017 population of the city was 24,304. The average temperatures here are: 72 degrees in winter, 80 in spring, 90 in summer, and 79 in the fall.

Haines City is only about a 90-mile drive from either the Atlantic beaches or the Gulf of Mexico. In addition to the saltwater possibilities, Heartland Estates is located on a small lake, Lake Hester. Many of central Florida’s freshwater lakes are renowned for boating and fishing—year ’round!

Golfing is available at Southern Dunes, Willowbrook, Providence, Grenelefe and several other golf courses within a 15-mile radius  Less than 3 miles away, Lake Eva Park & Community Center is an impressive county park with several wonderful amenities such as: a fishing pier, boat ramp, large aquatic center, sandy beachfront, walking/bike paths and tennis courts.  Concerts and events are held throughout the year here, including a Saturday morning Farmer’s Market and a fantastic 4th of July fireworks display!  The Community Center also holds exercise classes for all ages and offers cultural arts classes.

The area is well-represented in spectator sports. NFL football is enjoyed in Tampa with the Tampa Bay Buccaneers; car racing at Daytona; and major league baseball’s Detroit Tigers and Atlanta Braves operate their spring training camps in nearby Lakeland and Lake Buena Vista, respectively.

Central Florida is famous, of course, for its theme parks. Disney World is only 18 miles from Heartland Estates, and other nearby attractions include Universal Studios, Sea World, and Busch Gardens.

Haines City, being in the center of the state, enjoys excellent transportation facilities. There is an airport at Winter Haven, ten miles from Heartland Estates, and major international facilities at Orlando and Tampa, 45 miles and 60 miles away, respectively. Airport shuttle vans service the Orlando airport, and limousine service is also available. A Greyhound bus station is located in downtown Haines City.

Along with EMS, Haines City has a hospital located about five miles north, with a 24-hour emergency service. Also, many general practitioners, specialists, dentists, and clinics are located here.

Downtown banks include SunTrust, Wachovia, and Bank of America. A local bank, First National Bank of Polk County, has a branch about two miles north of Heartland Estates, and another branch three miles to the south.

Most major denominations are represented by churches in Haines City.

Within two miles of Heartland Estates is the Haines City Mall, anchored by Bealls’ outlet store and Publix supermarket. In addition, there is a Wal-Mart Supercenter and a 24-Hour Fitness nearby.